As Sony prepares for the launch of the PS5 in North America, Japan, Australia, New Zealand, and South Korea next week, new supports videos have been uploaded by PlayStation Support. These videos show new part of the PS5 User Interface (UI) not previously seen. 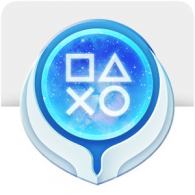 Last week, Sony revealed the first look at the PS5’s new User Interface (UI) in a 12-minute video, which was packed full of lots of new features and improvements. One of the new features is unlockable in-game items linked to Trophies.

Yesterday, Sony revealed the first look at the PS5’s User Interface (UI), which has been built from the ground up. The 12-minute video revealed much of the features of the new system software, but there is still a lot more to be revealed. We take a look at what we’ve learned so far, and what is still unconfirmed.

With less than a month to go until the PS5 is released in the US, Canada and other territories, Sony has revealed the first look at the User Interface (UI) for the upcoming console. The video shows a pre-production version of the UI, that will be very close to what you will see in the launch console.

The PS5 boot sequence appears to have been leaked in Russian video, showing what part of the PS5 User Interface (UI) will look like. It’s very similar to the one Sony revealed back in June, but with slightly extra footage.

Sony has held three PS5 events so far in 2020, starting with a deep dive into the console way back in March 2020, followed by the official reveal in June, and the a showcase just last week. However, there are still a few things we don’t know about the upcoming console.

Last week, Sony revealed the PS5 along with over 25 games coming to the system. What Sony didn’t show was what the system’s user interface (UI) will look like, except for a small glimpse of the boot screen.