PS3 exclusive Puppeteer is now available in North America, and to celebrate the release, a new launch trailer has been released. The game was in development for over three and a half years, mixing both Western and Japanese influences to create this unique game for the PS3. Puppeteer is the story of a boy-turned-wooden-puppet on a quest to vanquish the evil Moon Bear King.

While Japan is getting a playable demo of Puppeteer next week, dubbed the ‘Rehearsal Edition’, Sony has revealed that a demo will also be coming to Europe too, but a release date is not yet known. The Rehearsal Edition isn’t a traditional game demo, according to Sony, and the gameplay actions in the demo have been limited to just umping and the scissors mechanic.

Upcoming platform puzzler Puppeteer will be getting a playable demo this week, but only in Japan for the moment. The demo, dubbed the “Rehearsal Version” will be releasing on the PlayStation Network on June 27th, 2013, and may come to the US and Europe at a later date.

The E3 2013 trailer for Puppeteer has been revealed, along with information on the pre-order bonuses. If you are thinking about pre-ordering the game, the Theatrical Pack may take your fancy, and is available from participating retailers. The pack will come with some special DLC goodies including the original soundtrack and PSN avatars.

Sony has officially revealed the release date for Puppeteer in North American and Europe, as well as unveiling the official box art and a new Story trailer. The game will be releasing exclusively on the PS3 this September in both regions. In North America, the game will be available at retailers from September 10th 2013, followed by Europe on September 11th 2013.

Sony has announced at GDC that upcoming PS3 title Puppeteer will be arriving in September. A demo of the game was shown at the Game Developers Conference this week in San Francisco, California. The game will be available on Blu-ray disc and digital download from September 10th 2013, revealed art director Gavin Moore. 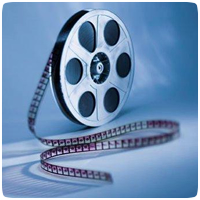 Sony has gone a bit trailer mad this week and has released a number of new Halloween themed trailers this week for three upcoming titles. We’ve conveniently put all three trailers in one place for your viewing pleasure – see below for new trailers for Until Dawn, Puppeteer and soon-to-be-released LittleBigPlanet Karting.

Speaking to the PlayStation.Blog, Puppeteer creator Gavin Moore has revealed that the game will take at least 15 hours to complete, and that’s if you actually charge through the game without finding any of the secret stuff. The game follows a boy called Kutaro enslaved by the evil Moon Bear King and transformed into a puppet. His head is then tossed off into a cellar and Kutaro must use other objects to give himself a head.

A new trailer for Puppeteer has been released at the Tokyo Game Show, showing more of the story, without giving too much away. The game didn’t get a show-floor playable demo since it’s still in the early stages of development. The developers are currently looking for voice actors, so some of the voices in the new trailer may not be up to scratch.