The official website for PlayStation All-Stars Battle Royale has accidentally leaked information and screenshots of two new characters to the game’s line-up. The screens below show Sackboy and a “new” character, while a tab on the homepage shows a image of Cole vs. Raiden.

Unfortunately, we cannot find the same images on the website so its likely that there were pulled after the leak. We know that these characters are expected to be in the game, as SuperBot confirmed the previous leak was real, but not representative of the final game.

The images seem fairly legit – even if we can’t find traces of the images on the website. Even if they are fake, its quite likely that Sackboy will be joining the line-up, if not both characters. 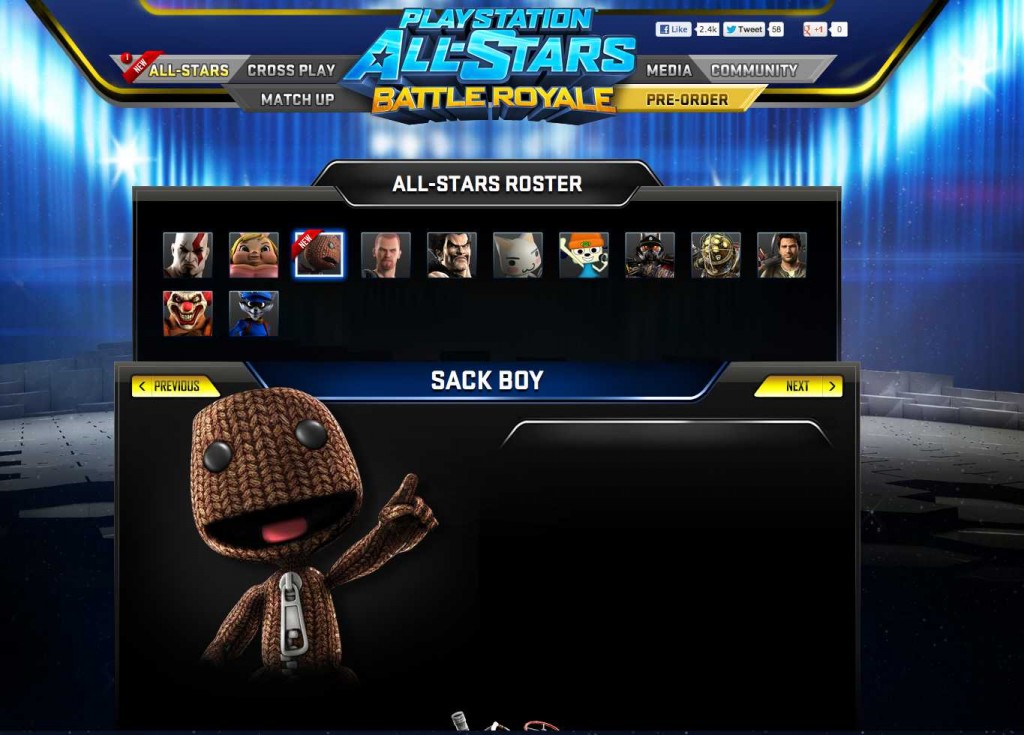 One comment on “Rumor Alert: Sackboy and Raiden Confirmed for All-Stars Battle Royale”