The PlayStation Plus line-up for April 2020 has been inadvertently leaked in a PlayStation Access video, seeming released early. The video has now been removed, but we all now know what games to expect next month.

A leaked image from the back cover of Final Fantasy VII Remake has revealed the game’s hard drive requirements. The image was first shared on twitter, but has since been taken down.

In two seperate leaks today, more information about the new DualShock 5 controller have been revealed. The controller, which will be paired with the PS5, is similar in design to the PS4’s DualShock 4 controller, but with some major functional differences.

According to recent leaks, the Final Fantasy VII Remake will be getting a demo ahead of the game’s release in March 2020. The demo’s intro has been leaked on Reddit, showing the first few minutes of the game.

Back in August, a patent filed by Sony revealed a mock-up of what the company’s next generation console could look like. A few days ago, YouTuber ZONEofTECH has managed to get his hands on the console itself, posting the first photograph of the console. 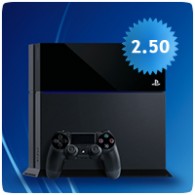 A PS4 beta tester has leaked over 15 screenshots of upcoming PS4 firmware update v2.50, showing the changes in the Dynamic Menu, the various accessibility options and more. The firmware is “coming soon” according to Sony, but in the mean time check out the screenshots to see what changes await you.

Sony appears to be close to releasing PS4 Firmware v2.50, as screenshots of the beta version have been leaked online. A number of features have been revealed in the leak, including the ability to suspend games even in Rest Mode, Custom Button Assignment and Deleting Trophies with zero percent. 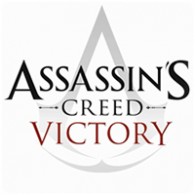 Sercan Sulun, PlayStation Turkey’s VP, let slip that The Last of Us is heading to the PS4 this summer, when interviewed by CNN Turk TV. Instead of giving the usual “nothing to announce yet” comment, Sulun confirmed that the first game will be coming to the PS4 with enhanced graphics.