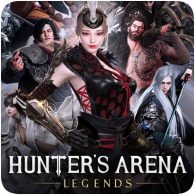 As part of the State of Play broadcast, which took place earlier today, Sony announced the first PlayStation Plus title for August: Hunter’s Arena Legends. Hunter’s Arena is a 30 player PvP and PvE combat-based Battle Royale set in the ancient age of Demon Hunters in Asia.

The game has been in closed beta for the last couple of months, and is set to release on 3rd August on the PS4 and PS5, according to the State of Play announcement. The game will be free to all PlayStation Plus subscribers when it launches.

Hunter’s Arena takes you to a beautifully crafted ancient East Asian world where you play as a Hunter who must fight deadly demons as well as each other to survive in the one-of-a-kind melee battle royale. During your journey, you must master skills of swordplay and martial arts to defeat everything that tries to claim your life. So, grab your sword and brace yourself as we take a deeper look at the threats lurking in the dangerous and mystical world of Hunter’s Arena.

There are three modes available in Hunter’s Arena: Solo, Trio, and Tag Match.