Sony has announced that new firmwares for the PS4 and PS Vita are in the works that will allow further customisation of the consoles. Firmware 2.0 for the PS4 will add Custom Themes, similar to the dynamic themes seen on the PS3, allowing you to finally customise the look and sound of the Dynamic Menu. 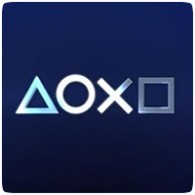 The PS4 is now available to buy in North America, while us Europeans have to wait until November 29th to get our hands on Sony’s next-gen console. Following the North American release, Sony has released a new 9-minute long video showing the PS4’s User Interface with Eric Lempel giving commentary.

Three new high-definition videos have been released showing the various features of the PS4, with the first showing the PS4’s Dynamic Menu in great details. The second video takes a look at the PlayStation Store, screen recording, screenshots and sharing via the available Social Media sites, while the final video looks at Remote Play and how easy it is to pick up where you left off.

Sony hosted a PS4 event in Hong Kong were it showed off the PS4’s features including more footage of the PS4’s Dynamic Menu, multi-user sign-in, the PS4 camera and The PlayRoom app. The video, shot by MemeHK, is just under 30 minutes long and includes some new UI footage and a Q&A session. 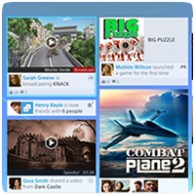 Community Manager Envisager has shared a set of new screens from the PS4’s Dynamic Menu showing more of what the interface looks like. While some of the screens have been seen before, a few of the images show what the PS4’s video editing screens and how streaming will work.

A recent demo of Blacklight: Retribution on a PS4 Test Kit has revealed what the PS4 interface, called the PlayStation Dynamic Menu, looks like. During the demo, the game crashes on the dev kit, revealing the Dynamic Menu, compete with animations and sounds you can expect in the final version on the launch PS4.

New screenshots of the PS4’s Dynamic Menu have appeared on flickr, showing off more of what the system will look like, including how the mobile version of the system will work. The screens follow on from the others released in the past and what you may have seen in the PS4 Interface video.