A screenshot taken from the PS3 development kit reveals that the console runs on a modified version of UNIX based operating system FreeBSD. The OS has been heavily modified by Sony and re-branded with the name Orbis OS – which also happens to be the PS4’s rumoured codename when it was first in development.

The PS4 runs the GNU GRUB loader v2.00, which Linux and UNIX users may be familiar with. Some PS3 users may remember that Sony allowed users to install Linux OS on their systems, a cousin of UNIX BSD, but was eventually dropped over security concerns. 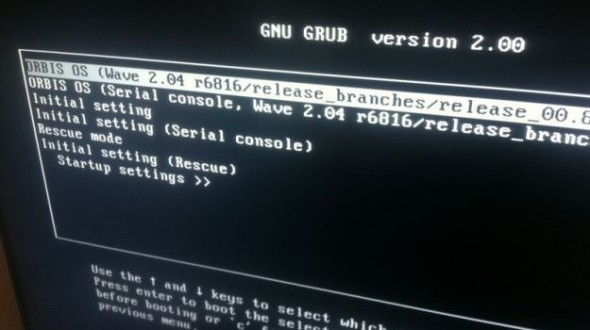 Although FreeBSD is mainly an open-source and open-licence operating system, don’t expect Sony to let users modify their PS4’s kernels manually or change the root codes – though hackers may eventually find a way to exploit the OS.

FreeBSD is a complete operating system actually based in UNIX which is also used in many other operating platforms, most notably, Apple uses FreeBSD for OS X.