The PlayStation Store’s Holiday Sale starts later today, giving you great savings on games just before Christmas. You’ll be able to save up to 50% on games like Call of Duty: Black Ops Cold War, FIFA 21, NBA 2K21, and more. 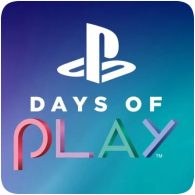 Sony is back with the Days of Play promotion with great deals for gamers. The promotion kicks off today in Europe, Australia, New Zealand and other select regions, running through 8th June. In North America, it starts on 3rd June until 17th June 2020.

Sony Interactive Entertainment has revealed that more than 3 million PlayStation VR systems have been sold worldwide, along with 21.9 million PS VR games and apps. This is a major milestone for Sony, selling through another million units in the eight months since Black Friday in 2017.

Sony Interactive Entertainment has announced that God of War has become the fastest selling first party title on the PS4. The game sold 3.1 million copies worldwide in just three days, which also includes digital sales. The previous (known) record holder was Uncharted 4, which sold 2.7 million copies in the first week.

Sony has revealed that Horizon Zero Dawn has sold over 7.6 million units worldwide since launch – which was exactly a year ago. This milestone makes it the most successful first party IP launch on the PS4. Guerrilla Games has a number of things planned for the coming weeks to celebrate this milestone.

Square Enix has revealed that combines shipment and digital sales figures for Final Fantasy XV have topped the six million mark since the game launched in back towards the end of November 2016. Day one shipments exceeded five million units, and discounts on the game over the Christmas period has helped boost sales.

Analysis from data tracker GfK has revealed that the PlayStation VR is set set to overtake the combines sales of both Oculus Rift and the HTC Vive in the UK. While no official sales figures have been revealed, the findings aren’t surprising – the PlayStation VR headset is the cheapest VR device of the three, and doesn’t require high-spec hardware to work.

Naught Dog and Sony have announced that PS4 exclusive Uncharted 4: A Thief’s End has sold more than 2.7 million units in the first week of sale. This includes both Blu-ray disc and digital sales as of 16th may 2016 across the globe. The huge sales also makes Uncharted 4 the fastest-selling first party title on the PS4 in North America.

According to the Wall Street Journal, Psyonix’s sequel to PS3 title Supersonic Acrobatic Rocket-Powered Battle-Cars, Rocket League, has made $50 million since release (around £33.5m / €45.7m). The game was available as a free download to PlayStation Plus subscribers back in July 2015, and had several paid downloadable content available too.