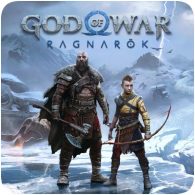 Sony revealed the record-breaking sales in a tweet to Santa Monica Studios. In addition to this news, a new patch for the game was also released fixing a few issues with the game. Patch v2.04 is now available to download.