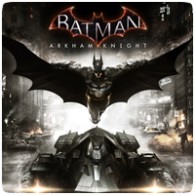 The pre-order page for Batman: Arkham Knight has revealed that the game will require a minimum of 49 GB of space to install the game. It’s also worth noting that this does not include space required for game patches and DLC.

Both the PS4 and Xbox One require to install games on the consoles, but you’ll be surprised just how vast the difference in install times are between the two consoles. A video from Kotaku compares the PS4 and Xbox One in installing Assassin’s Creed IV: Black Flag, of which the results are astonishing. The PS4 takes just 42 seconds to install, while the Xbox takes almost 6 minutes with no updated, and a massive 10 minutes with downloading patches.

The PS4 comes with a 500 GB hard drive, it a tweet reveals that only 408 GB will be usable by the user. A photo was tweeted showing the free space on the drive after installing three games (taking up 84 GB), revealing that only 323 GB remained on the system, leaving 57 GB unaccounted for.

Mark Cerny has provided some clarity on just how the mandatory game installations on Sony’s upcoming PS4 console will work. As you may have already read, games will install large amounts of data to the PS4’s hard drive, but Cerny has clarified that all games will install data, but it won’t be deleted automatically.

PS4 launch title and one of the first games in the Instant Game Collection, Resogun, has been confirmed to be “well under a gigabyte” by Finnish developer HouseMarque. The game runs at glorious 1080p resolution at 60fps and is pushing the boundaries of console games explains the developer.

Following news on the minimum hard disk space needed by PS4 games, it turns out that the space isn’t needed for actual data, but for caching of game files. The data is installed and deleted in the background, so you won’t have to sit through long installations or lose valuable hard drive space.

Following tweets about Knack‘s PS4 install size and Killzone: Shadow Fall‘s installation size, we have confirmation on how much space both games will take based on the game’s box art. The back cover for Knack shows that the game requires 37 GB of space at the minimum, while Killzone: Shadow Fall requires a massive 45 GB, despite what Guerrilla Games has said in the past.

Following the install size requirements for Killzone: Shadow Fall and Call of Duty: Ghosts, it looks like the installation size for PS4 launch title, Knack, has also been revealed. According to twitter user JoshLMusic, the game needs 37 GB of space on the PS4’s hard drive.

The back cover for the PS4 version of Call Of Duty: Ghosts reveals that the game requires a minimum of 49GB of space on the PS4 Hard Drive. The cover was posted online by twitter user B4d_HabiT, and has since been taken offline, but not before we managed to grab a copy of it.