The packshot below, taken from a retail copy of the game, shows the massive HDD requirements for the game. 50GB is actually 1/10th of the total space available on the PS4’s internal hard drive. If all future games are this large, you’ll only be able to have around 10 games on the console at any one point. 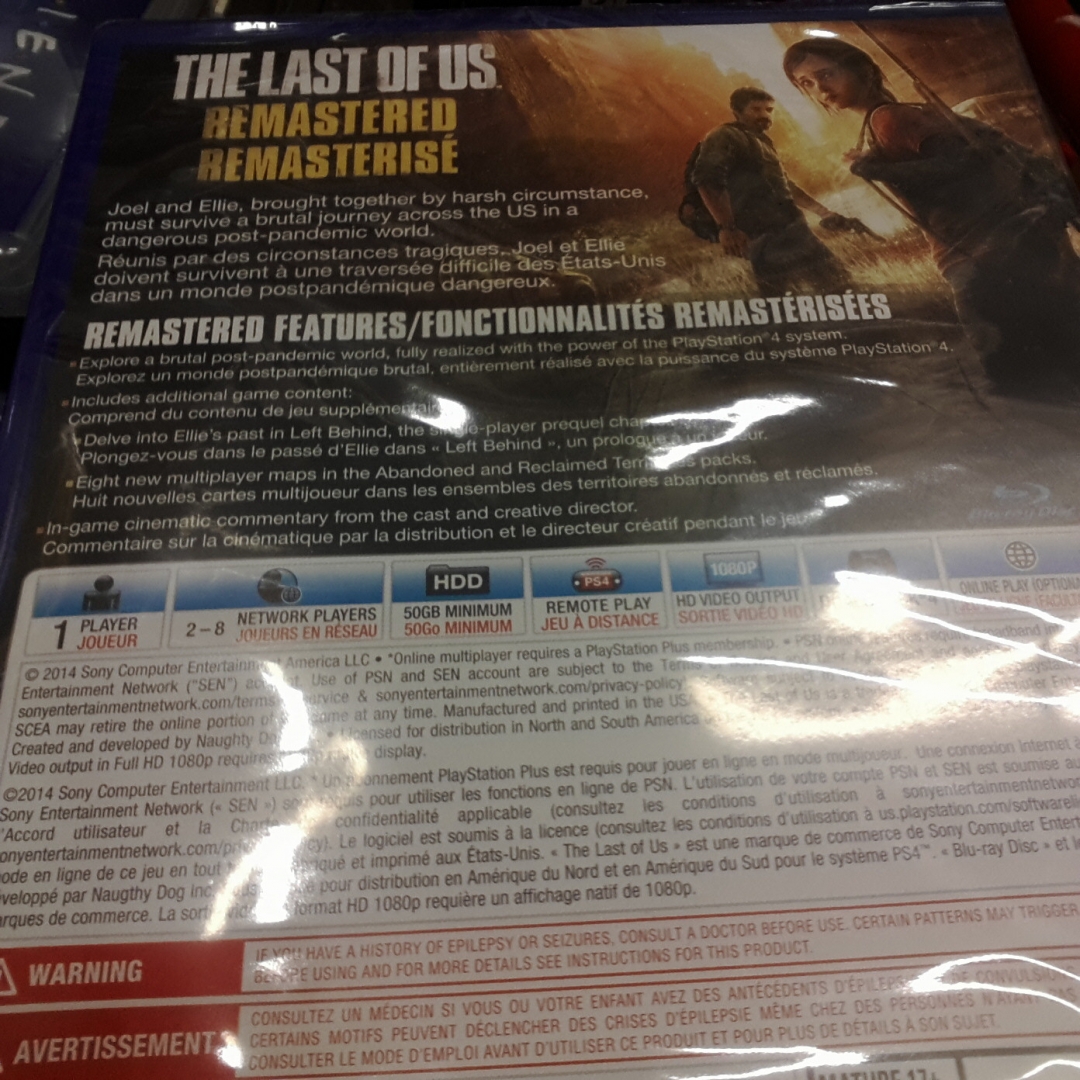 Box Art, HDD Install, PS4, The Last of Us