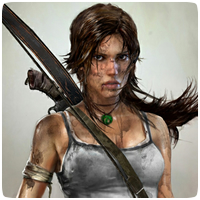 The reboot of Tomb Raider, which has been delayed until 2013, has received a new gameplay video showing off the game with seriously impressive visuals. Parts of the video look similar to last year’s video, but you can see some definite improvements.

The World Premiere Gameplay Trailer of Assassin’s Creed III is finally here! We know you’ve been waiting for this since the initial announcement back in March. The gamplay trailer introduces you to Connor’s character, a brutally effective Assassin, taking down his targets with speed and dexterity.

If you are looking for long-lasting games, then look no further than Final Fantasy. The dev team behind Final Fantasy XIII-2 has revealed that the story mode of the upcoming sequel should take between 30-40 hours to complete. This shouldn’t come as a shock to most people, since Final Fantasy has a reputation for long storylines.

Check out some new gameplay footage of Uncharted: Golden Abyss on the PlayStation Vita. John Garvin, writer and director of the title, runs through two of the levels that were featured this week at the Tokyo Game Show. The video shows of some of the unique features of the game include the machette, balance beam controls and more.

By now, you’ve no doubt seen the first UNCHARTED 3: Drake’s Deception trailer (along with the 11-1-11 release date) at the Spike Video Game Awards. Now, we have the first gameplay video of the game showing Drake interacting more with his surroundings and a new environment, a dilapidated French chateau.

The first trailer for Resistance 3 will debut at the Spike Video Game Awards next weekend (Saturday, December 11th in the States). A live-action trailer was first revealed at GamesCom earlier this year as part of the Resistance 3 official announcement. The new gameplay trailer next weekend will be a follow-up to the original.

A new clip of The Last Guardian and the recently announced ICO and Shadow of the Colossus HD has appeared online courtesy of a Japanese TV show. The new footage shows quite a lot of gameplay, but it unfortunately narrated in Japanese. The Last Guardian is scheduled to be out sometime in 2011 for PS3.

Check out the below exclusive game play run-through of inFamous 2 which was premiered behind closed doors at E3 this year. As you may have already read, Cole MacGrath makes a dramatic journey to the historic Southern city of New Marais in inFamous 2, in an effort to discover his full super-powered potential.

Sony and Guerrilla Games have released the first gameplay trailer for Killzone 3, make completely out of in-game footage, taken from the game’s fourth mission, called “Frozen Shores.” Killzone 3 will take you to dangerous new corners of the Helghast home planet, and reveal that its environments are far more diverse than ISA Command had previously believed.

ModNation Racers is only a few weeks away from release – the game is set for release on May 21th in Europe and North America on May 25th 2010. If you can’t wait that long, we have some footage of the game including the opening sequence, the first race and a look at the ModSpot. If you have played the beta, you will be familiar with the layout of the ModSpot.