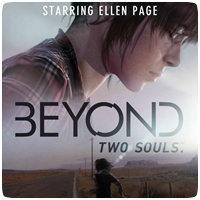 Over 24 minutes of gameplay footage of Quantic Dream’s upcoming title has made it onto the internet. The footage from BEYOND: Two Souls shows how you can control Ivan’s spirit and play at being a poltergeist as well as control Jodie through the kind of gestures, actions and button prompts that you’ll be familiar with from Heavy Rain.

Shaky-cam footage make it difficult to see just how good the game’s graphics are, but you can refer to the E3 Trailer shown off at E3’s Press Conference to see the graphics. Check out the gameplay video below: