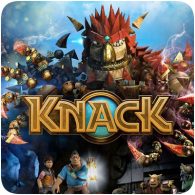 Sony has announced the sequel to PS4 launch title Knack, which will be launching this September. Knack 2 will build on the gameplay from the first title, adding more combat, platforming, and puzzles for players to solve. In addition, the game will also include a few special modes of play, such as driving a tank.

Bungie has released new footage of upcoming game Destiny, this time showcasing co-op gameplay in the form of  Strike mission. Strike is a cooperative scenario that sends a Fireteam on a dangerous mission to defeat hostile aliens and reap the rewards.

A new trailer for PS4 launch title Knack has been released, showing gameplay from the game’s co-op mode. The co-op mode supports the second screen function letting you use a PS Vita to control one of the two characters on screen. A second player can drop in or drop out at any time, and controls Knack’s shiny metallic helper called Robo Knack, either with a second DualShock controller or using Remote Play on the PS Vita.

Activision have revealed a new four-player co-op mode in Call of Duty: Ghosts, called Extinction. The new mode sees a group of up to four players taking on aliens and defending their base from the extra terrestrials. It’s also class-based and players will level up as they progress.

Sony has show off the PS4’s Remote Play capabilities in the past, but at the Brazil Game Show, Sony showed off Knack’s Remote Play features with a twist: second-screen co-op. Knack allows you to play couch co-op with a friend, with one player using the PS4 connected to a TV and the using a PS Vita.

Killzone 3 is sounding better and better with each passing week. According to the developers, Guerrilla Games, Killzone 3 will definitely support split-screen co-up, but there has been no official work about online co-op. TheSixthAxis contacted a trusted source to learn that the game will support both online and offline co-up.

Many retailers offer exclusive DLC for pre-ordering games before release. One of the pre-order bonuses offered by Gamestop is a exclusive multiplayer map and the Super M90 Shotgun for the game, which has also confirmed co-op multiplayer for the title. Description for the shotgun reveals “This weapon can be used exclusively for multiplayer co-op missions.”

A new Red Dead Redemption patch, released over the weekend by Rockstar Games, has added a number of new trophies to the game. The patch adds 10 co-op trophies, but will only be unlockable later this month when the free Outlaws to the End co-op downloadable pack is released.

Uncharted 2’s co-op multiplayer missions are certainly popular among players, and its likely that Naughty Dog will be expanding the available missions. Speaking with G4, Naughty Dog’s Evan Wells has said “So for future DLC, could we add more co-op? Probably more in the arena-style type of gameplay, like our Survival and our Gold Rush modes.”