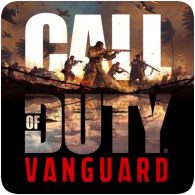 The alpha offers COD fans the first chance of playing the new game in the franchine ahead of Call of Duty: Vanguard’s 5th November release. For most PlayStation players, a PlayStation Plus Subscription is not required (excludes Germany and Japan). Only a console and an internet connection are needed to participate, and no preorder is required.

The alpha version is available to download now from the PlayStation Store on the PS5 and PS4. Follow one of the links below:

Champion Hill is a multi-arena survival tournament where tactics and strategy combine with quick-action, close-quarter gunplay. In Champion Hill, your squad — which during the Alpha will be either a Duo (2v2) or Trio (3v3)— will compete in a round-robin tournament against seven other squads, with each squad having a set number of lives to start with. The mission is to reduce all other squads’ life count to zero in a series of timed Combat rounds, before the same happens to you.  Do that, and claim victory on Champion Hill.

In this mode, everyone starts with the same Loadout, but you will collect  cash by taking enemy lives and picking up drops scattered around the map. This  cash will allow you to upgrade your starting weapons and purchase new armaments, equipment, Perks, and Killstreaks during Buy Rounds that happen between Combat Rounds.

It’s in the Buy Rounds that the real strategy comes in. No two matches will be the same, since the way that you use  cash throughout each match will greatly change how you and your squad counter every other squad – do you buy smaller, incremental upgrades or stash the cash for a large upgrade later on – in the hopes that you make it that far.

Champion Hill is that it is made up of four maps combined into the Champion Hill arena. Specifically, there is a central Buy Station Area and four Combat arenas: Airstrip, Trainyard, Market, and Courtyard. A cool feature of this setup is that once you are eliminated, you can watch the tournament continue from the Buy Station Area spectator platform.