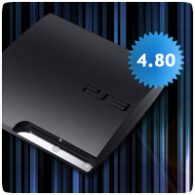 The PS3 has received a surprise firmware update, updating the system software to v4.88. This minor update is the first update for the discontinued console this year, but the second update to the console in six months, with the last update back in December 2020.

It’s good to see that Sony is still supporting the PS3 in some ways, even after it’s been discontinued for several years now. The update will mean PS3 owners who use the console as a Blu-ray player can continue to benefit from the latest Blu-ray releases.v