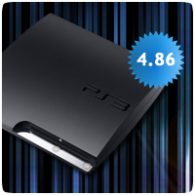 The PS3 has received a surprise firmware update today, updating the system software to v4.87. This minor update is the first in over nine months to the discontinued console, with the last update back in March 2020.

The PS3 has been discontinued for several years now, but Sony has been making minor updates to the console for the past few years. In fact, the last four years have seen only minor updates that have improved system stability and performance.

According to reports, but not mentioned in the official release notes, this update includes new Blu-ray keys so that new movie release continue to work with the console’s Blu-ray drive.

You can see the brief release notes for this update below.