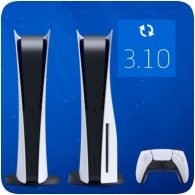 A new minor firmware update for the PS5 has been released, updating the system software to v21.01-03.10.00. The update improves system performance following the major v21.01-03.00.00 firmware update, which was released a couple of weeks ago, adding many new features to the console.

Although exact details of the system improvements were not revealed in the release notes (which you can find below), this update presumably fixes bugs and issues that may have crept into the system as part of the last update.