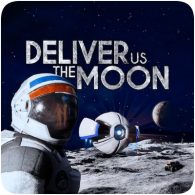 Deliver Us The Moon will be getting a next-gen update for the PS5 and Xbox Series X|S in the near future, Wired Productions has announced. The sci-fi thriller will be updated to add ray-traced graphical effects, better reflections and audio, and will take advantage of the SSDs to improve loading times.

The game was released on the PS4 in April 2020, and while the release date for the update hasn’t been announced yet, it will be releasing in the near future. Best of all, the upgrade will be free for all existing owners of the PS4 version.

Other details on what the update will contain have not been revealed, including any changes to resolution or frame rates. You can check out the trailer for the next-gen version below.