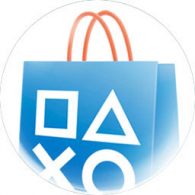 The final nail in the coffin for the PSP, PS Vita and PS3 may be nearing, according to a rumour. TheGamer reports that the PS3, PS Vita and PSP PlayStation Stores will be closing down permanently, as soon as July. This means that gamers will no longer able to buy games or DLC for these legacy consoles.

TheGamer reports that the PSP and PS3 stores will be closing on 2nd July 2021, followed by the PS Vita store on 27th August 2021. However, the report does not clarify if purchased content can continue to be downloaded. Obviously, this information hasn’t been confirmed by Sony yet but TheGamer notes that an announcement is due at the end of the month.

All three consoles have been discontinued for many years now, with the most recent being the PS Vita. The Vita stopped production in 2019, the PS3 in 2017 and the PSP back in 2014. Games for all three consoles stopped appearing in the new web-version of the PlayStation Store back in October 2020, but the old PlayStation Store can still be accessed here (for the time being).

Hopefully the closure only affects new purchases rather than all content – it would be a real shame if gamers lose the ability to download content they’re previously purchased. However, physical games won’t be affected, so you can expect second-hand games to continue to sell.