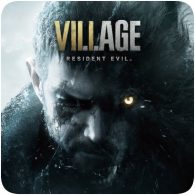 The Resident Evil Showcase tool place yesterday evening, revealing more details about latest game in the series, Resident Evil Village. The game will be heading to the PS4 and PS5 in May, and to tide you over, a demo of the game is now available to download from the PlayStation Store.

The demo for Resident Evil Village, known as Maiden, is available to download on the PS5 from the PlayStation Store. In the demo, you’ll play as a character known only as “the maiden.” This is a stand-alone separate experience from the main game that is a kind of short story set within the world of RE Village.

Resident Evil Village Producer Peter Fabiano had the following to say on the demo:

Maiden is not the name of any person, but instead it symbolizes the protagonist, a girl who’s trapped in Dimitrescu Castle.

The Maiden demo doesn’t take place during the main story of Resident Evil Village. Maiden was originally designed as a visual demo that would allow you to explore the inside of Dimitrescu Castle, but it evolved to include a short story and puzzle solving.

Maiden is a demo that’s separate from Resident Evil Village. However, it does take place in the same world as RE Village does. When you play Resident Evil Village, or, perhaps, you come back to Maiden after playing the main game, you might discover the connections they have to each other.

Both Resident Evil Village and the Maiden demo take full advantage of the new technology on the PS5, including ray tracking and 3D audio. The game features beautiful graphics, high frame rate, and short loading times as you’d expect from any PS5 title.

Resident Evil Village launches on the PS4 and PS5 on 7th May 2021. The game is available to pre-order now, and those that buy the PS4 version will be able to upgrade to the PS5 version via digital download at no extra cost.

Finally, to celebrate the 25th Anniversary of Resident Evil, Resident Evil Re:Verse was also revealed, which is an online multiplayer game featuring fan-favorite characters, and will be available for free to those that buy Resident Evil Village.