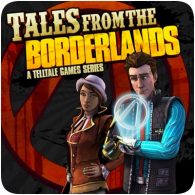 The rating from the Pan European Game Information (PEGI) website listed the next-gen versions as releasing on 20th December 2020, which was clearly missed.

It is rumoured that the remaster will include a brand new epilogue chapter (adding to the five chapters in the original game), and new trophies to unlock. Gematsu posted the finding on twitter, but Telltale Games has yet to respond: