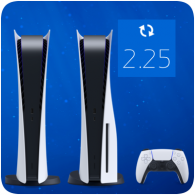 Sony have rolled out the second public firmware update for the PS5, ahead of release in the UK, Europe and Rest of the World later this week. The update is 866 MB in size and “improves system performance” according to the update screen.

Users in the US, Canada, Japan and the other territories that got the PS5 last week have been experiencing issues with the console. There are a number of reported issues including:

Insomniac have confirmed that there is definitely an issue if you put the PS5 into rest mode when playing Marvel’s Spider-Man: Miles Morales or the Marvel’s Spider-Man Remastered. Thankfully, early reports confirm that both the games are now working better with the latest update.