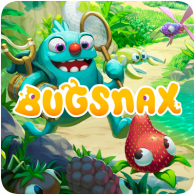 Bugsnax has been confirmed as a PS5 launch title, developers Young Horses have revealed. The game will be releasing on the PS5, PS4 and PC on 12th November 2020, as the PS5 launches in selected territories including the US, Canada and Japan.

The game isn’t yet available to pre-order on the PlayStation Store, but is expected to be priced at $24.99 USD.

Alongside the news of the release date, the developers also revealed the voice cast for the game, which includes some familiar faces: