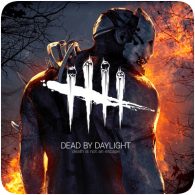 Behaviour Interactive has confirmed details about next-gen upgrades for their game Dead By Daylight. In a tweet, the company revealed that next-gen versions of the game will be releasing later this year on PS5 and Xbox Series X.

In addition, those that already own the current-gen version on PS4 or Xbox One will be able to upgrade to the next-gen version for free (within the same console family), and keep all existing progress when they upgrade.

The game on next-gen consoles will get improved graphics and extra polish, while further updates are planned to the next-gen versions over the coming months. The game will also be updated to run at 4K and 60fps across all the platforms (where supported).

You can check out the other games that will support next-gen upgrades here, including those that will cost you extra.