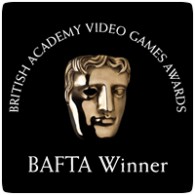 Last night in London at the video game BAFTA awards ceremony, PlayStation won big thanks to The Last of Us and Tearaway. Between the two games, a total of 8 BAFTAs were won. Naughty Dog’s The Last of Us on PS3 won five awards, including Best Game.

MediaMolecule’s Tearaway on the PS Vita won three awards of the eight categories it was nomicated in, including best Mobile & Handheld game.

The Last of Us won BAFTAs in:

BAFTA, PlayStation Vita, PS3, Tearaway, The Last of Us