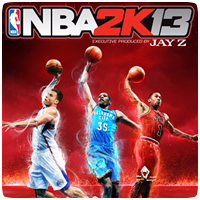 2K Games has announced that the servers for NBA 2K13 will be shut down at the end of the month, on March 31st – 18 months after the game released. The announcement was made on Twitter, with confirmation that players won’t be able to use the online features or play ranked games after the shutdown.

#NBA2K13 server to be discontinued 3/31/14. Players will no longer be able to play ranked games/OA. For more info- http://t.co/3sMLJ5iUjr

It’s not unusual for servers to shutdown for online games, but it is when it’s so soon. Normally, publishers wait at least 2 years before ending online services. In fact, FIFA 12, released back in 2011, only just recently had it’s servers shutdown, and GT5’s servers will be shutdown in coming weeks after being online for 3 and a half years.