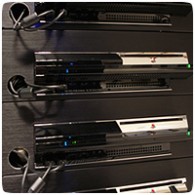 The multiplayer servers for MAG, which supports an impressive 256-player match, SOCOM: Confrontation and SOCOM 4 will be shutting down on January 28th 2014. The co-op servers for Unit 13 will remain open for now, since the title recently became part of the Instant Game Collection on PlayStation Plus.

Games have a few months to make the most of the multiplayer components of these games before the servers are shutdown forever.