Sony and Guerilla Games have detailed the pre-order bonuses that will come with Killzone: Shadow Fall on the PS4. Pre-ordering the game at selected retailers will give gamers access to exclusive content, including exclusive skins for the OWL combat drone, special victory move and the game’s official soundtrack. 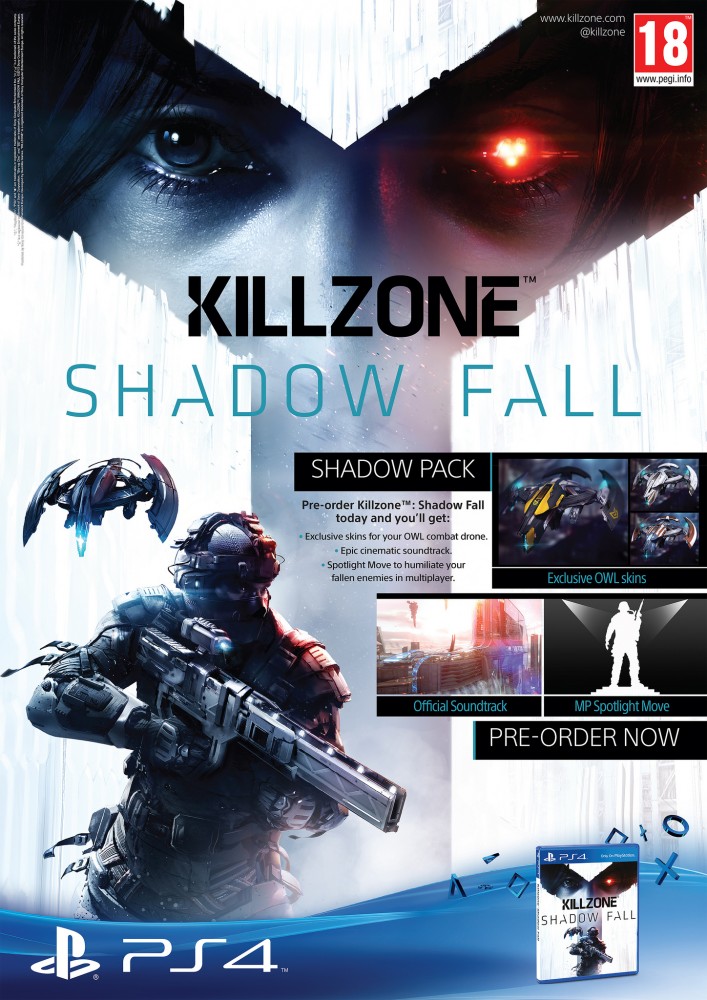