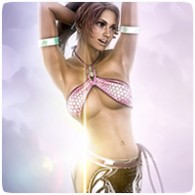 Tekken will be getting the free-to-play treatment this summer when Tekken Revolution hits the PS3. The game was revealed in GameSpot’s E3 preview (below) at 19:30 into the video (below). The game will be releasing on the PlayStation Store tomorrow, June 11th, 2013, and may be shown off at Sony’s E3 Press Conference tonight.

GameSpot’s E3 preview above includes some footage of the game if you’re interested in checking out what the game looks like.