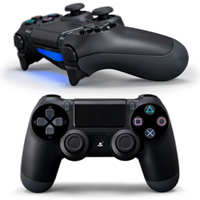 Sony has drastically improved the DualShock controller for the PS4, with refined controls and new features, which include a touch pad, light bar, built-in speaker and headphone jack. Check out high-res photos of the DualShock 4 controller below and read our detailed analysis of the controller. You’ll see that Sony has stuck with the usual DualShock design, while adding lots of additions to make gaming on the PS4 more enjoyable.

Starting with the body itself, the DualShock 4 has a slightly altered design with rubberised grip so gamers can hold the controller better. The D-Pad and Analogue Sticks have been enhanced to provide better precision, and the L2 and R3 triggers are more curved for greater control. Three major additions to the controller is the touch-pad in the center of the controller, the light bar, and the built-in speaker and headphone jack.

The START and SELECT buttons have been removed from the controller, and likely replaced instead by using the touch pad. Instead, a “Share” button and “Options” button have been added to either side of the touch pad. The Share button will let users upload screenshots or game footage to Facebook, UStream and other online services with just a few clicks. The Options button will most likely refer to in-game settings / pause menu, much like what the START button did.

The light bar will work with the PS4 Eye Camera to track the controller in 3D, while also doubling up as a way to recognise the player. The bar will change colour, like the PlayStation Move controller, so each player can have their own colour. Sony says the light bar will allow you to spot when a player has been injured.

Just below the touch pad is the new built-in speaker to provide additional sound affects, specific to the player. Although not shown in the images below, the under side of the controller has a headphone / mic hack allowing you to hear the sound effects in greater details, while also letting you chat with friends. 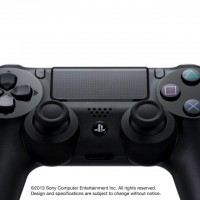 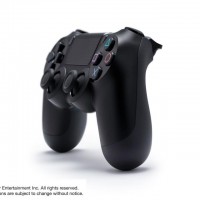 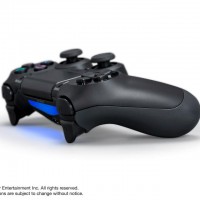 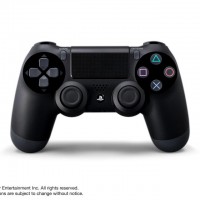 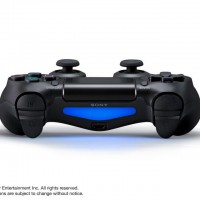 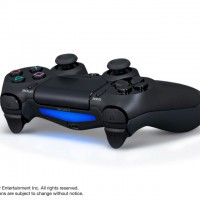