Moments ago, Sony revealed the PS4. It will come with a x86 processor, 8 GB of GDDR5 RAM and build-in hard drive for storage. An all new DualShock 4 controller has also been revealed, featuring headphone jack, a new “share” button, light strip and refined controls. Check out the new PS4 UI below.

The UI looks similar to the 2013 XMB found on the new Sony TVs. In fact, it looks quite similar to the new PlayStation Store too. Everything will scroll sideways – the main menu items as well as the content icons. It’s more visual and responsive. 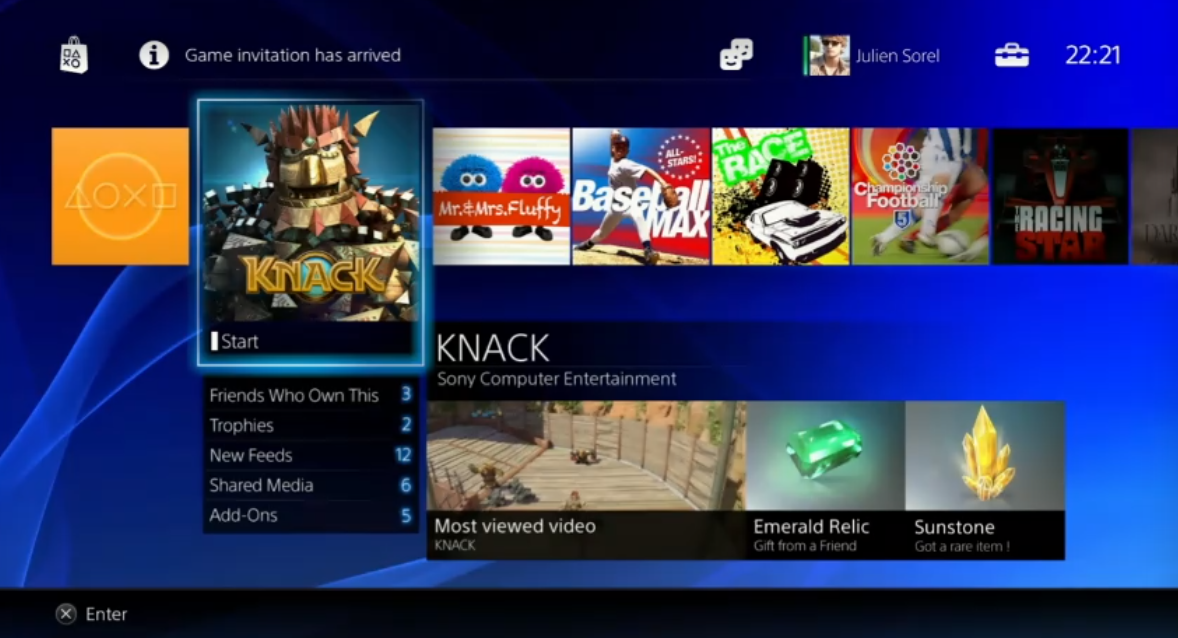