Its looks like a Software Engineering at SCEA has accidentally let slip that he has worked on maintaining a “voice chat library” for the PlayStation 4. Frederick Umminger listed the role on his LinkedIn profile, but was later corrected to reference the PlayStation 3.

Although everyone knows a new Sony console is on it’s way, its the first time a Sony employee has confirmed it’s existence. It’s also the first time someone has called it the “PlayStation 4”, also knows as PlayStation Orbis.

The LinkedIn profile has since been corrected, blaming the mistake on a typing error. It’s also strange that he referrers to the accomplishment in past tense (though it could be because he has moved on to other things) and listed it as “maintaining” (instead of developed?) . 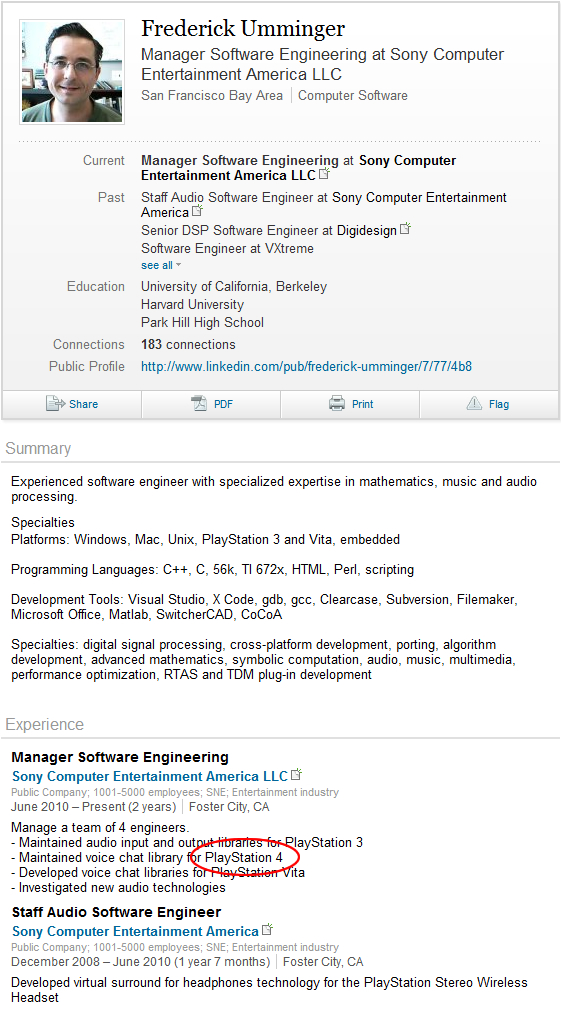