In a presentation detailing Sony’s plans to become profitable by the end of 2010, Sony revealed plans to upgrade PlayStation 3 consoles with full 3D support. 3D support for the PS3 has been taked about a lot over the past several months, starting earlier this year at CES 2009. Sony’s presentation indicates that all PS3 units will be upgraded to support 3D games via a firmware update. 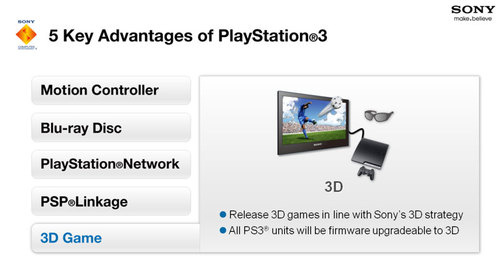 Not only does Sony plan on upgrading the console to support 3D, but release games in 3D as well in order to take advantage of the enhanced capabilities. We’ve already seen Gran Turismo and WipEout HD in 3D. 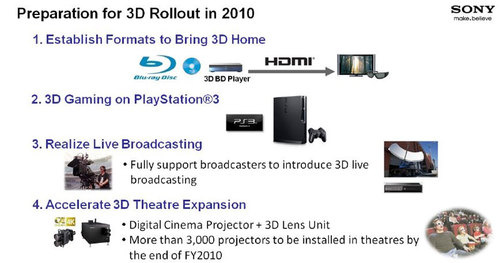 2 comments on “PS3s Will Support 3D Games Via Firmware Update”