3D technology something that the games industry is lacking, but this year at the Consumer Electronics Show in Las Vegas, Nevada, Sony demonstrated 3D gaming on the PlayStation 3. "Don’t get caught up with specs,"said a Sony representative. "We’re not going to talk about specifications. This is just a look at what 3D could look like if Sony decided to move in this direction." Sony showed off Wipeout HD and Gran Turismo 5 Prologue running in true 3D, but didn’t give information away on how the 3D effects were achieved or if they would work on existing television sets. 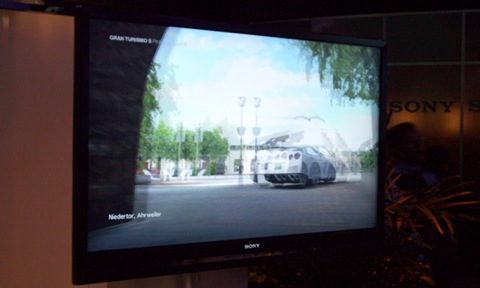 In order to view the 3D effects, black glasses needs to be warn – which could put off some people. As a proof of concept, this is certainly something we will be keeping out eye on. Expect more information on 3D gaming from Sony in the next few days.