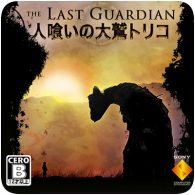 As we edge closer to the release of The Last Guardian, which has suffered numerous delays, a new CG cinematic-style action trailer has been released for the game. The game is expected to release on 7th December 2016, and the game has recently gone gold, which means it will actually be releasing next month!

After years of delays, some of you will be happy to know that The Last Guardian has gone gold. Shuhei Yoshida tweeted the news, meaning the game is ready for manufacturing. It also means that the game is on track to release on 7th December 2016 in North America and Europe, and 9th December 2016 across UK & Ireland.

Sony has announced that The Last Guardian has been delayed once again. But this only by a few weeks. Instead of releasing on 25th October 2016, the game will now launch on 7th December 2016, across Europe and 9th December 2016 across UK & Ireland. The reason for the delay is to allow the game’s creators to deliver the experience they envisioned for gamers.

New footage of Fumito Ueda’s The Last Guardian was revealed at the PlayStation E3 Press Conference, and the long-awaited game finally has a release date. The game is coming to the PS4 on 25th October 2016 – check out the trailer below. 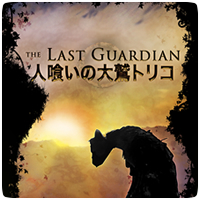 After years of drip-fed information and no-shows, Sony has finally revealed more details about The Last Guardian – a title that was first revealed in 2009, and expected to release on the PS3 in 2011. The long-awaited game will now be releasing on the PS4, and is expected to release in 2016.

Little has been revealed about The Last Guardian since it was first announced back at E3 is 2009, though we know the game has faced delay after delay. There have been rumours that the game may never be released, but a new listing on the European PlayStation Store has restored faith, at least for the time being. The product details on the game are vague, revealing neither the platform or release date for the game.

The Last Guardian, first revealed back in 2009, won’t be arriving on the PS3 or PS4 anytime soon, according to Sony’s Jack Tretton. Speaking to GameTrailers, Tretton has confirmed that The Last Guardian is on “hiatus” while Team Ico focus on other games. However, it doesn’t mean the game has gone forever.

Despite leaving Team Ico and Sony, Fumito Ueda, has confirmed that The Last Guardian is still in development and he remains under his creative supervision. Ueda revealed the news via an update to his website, saying that “while it’s been a long time coming, The Last Guardian remains under [his] creative supervision and is still in development by an incredibly talented team.”

The Last Guardian may be forgotten but it’s not completely dead yet. According to a couple of US-based journalists on Twitter just now (including Game Informer’s Jim Reilly) a representative for Sony has confirmed that the game is still alive, but that there’s “nothing new to report at this time.”

SCEE has confirmed that they are officially delaying the release of ICO/Shadow of the Colossus Collection and The Last Guardian from their respective launch timeframes of Spring 2011 and Holiday/Winter 2011. Sony will provide more information regarding release timing at a later date.