If you can’t get enough of Drake and the gang, you can now download the soundtrack to Uncharted 3: Drake’s Deception and the two previous titles from the PlayStation Store. The Uncharted 3: Drake’s Deception original soundtrack is available now for $9.99 on the US PlayStation Store or you can purchase the physical version in-store from retailers on 11.15.2011.

The Flower soundtrack, originally scheduled to hit the PlayStation Store this week has been delayed due to “technical difficulties.” The soundtrack was pulled from the European PlayStation Store at the last minute after failing the Quality Assurance tests from Sony, and will now be released at a later date.

The Flower soundtrack was first revealed on February 12th 2010, marking the one year anniversary for the PSN exclusive title. The soundtrack will finally be available to purchase from the PlayStation store this week. The soundtrack features 8 tracks from the title, with over a hour of music. Best of all, it will cost only $2.99.

UPDATE: The soundtracks have been removed from the GOW website. Tracks are still available!

The God of War III soundtrack, Blood & Metal, was supposed to be exclusive to the Ultimate Edition of the game, but it actually available to download for free from the God of War website (be quick, download links below). In addition, the complete God of War Trilogy soundtrack can also be downloaded for free. Is this a bug on the website or a reward for dedicated God of War fans? 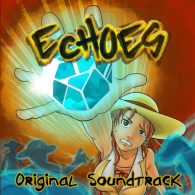 Echoes is another mini from Halfbrick and certainly brings a unique change in tone from Blast Off. To promote the game, Sony are giving the soundtrack to the game away for free (see below). Four tracks are available, with each one specific to the individual gameplay mode – Arcade, Jackpot, Survival and Multiplayer.

If you can’t get enough of Uncharted 2: Among Thieves, you can now get the soundtrack for the game. You can download the album through iTunes or purchase the physical disc from retail stores across the US and internet retailers. The CD version of the soundtrack also includes three previously unreleased tracks (listen to the previews below).

For those that have been waiting for another reason to pre-order God of War III Ultimate Edition, this might just be your tipping point. Announced today through Roadrunner Records, the EP titled God of War: Blood & Metal, will be released in March as a part of the God of War III Ultimate Edition, and will feature five exclusive unreleased songs from Roadrunner artists, including KILLSWITCH ENGAGE, DREAM THEATER, TRIVIUM, OPETH and TAKING DAWN.

Can’t get enough of Killzone 2 on your PS3? Now you can download the entire sountrack to take with you on your iPod (or other MP3 compatible device). The full album contains 29 tracks, with a total playing time of 74 minutes. Performed by the Nimrod Session Orchestra and recorded at the world-famous Abbey Road Studios in London, England, these thunderous tracks are guaranteed to give even the toughest Helghast trooper goose bumps. Check out the track list below.