Besides Journey, the Collector’s Edition will contain: 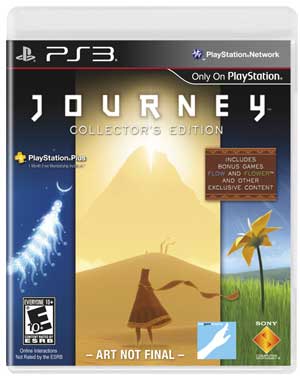 “We are particularly excited about the Creator Commentary play-throughs of all three games,” said a spokesperson for the company, “because we get to share with players insights about flOw, Flower, and Journey straight from the minds of the designers, artists, engineers and composers who worked together to make these games so special.”

The Collector’s Edition will be available to purchase from August 28th 2012 for $29.99 in North America.

Update: It appears that the collection won’t be released in Europe. Europeans will have to import the North American version if they want the collection.