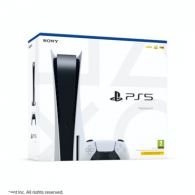 The contents of the PS5 retail box were revealed alongside the retail packaging. Both the PS5 and PS5 Digital Editions will include the same items in the box, except for the different PS5 model itself.

Sony has revealed the official retail packaging for the two PS5 models, following the PS5 Showcase yesterday evening. The two models are launching in selected territories on 12th November, followed by Rest of the World on 19th November 2020.

New details about the Fortnite physical release have emerged, and it turns out that it won’t include a physical copy of the game. While the game will be available to purchase in stores in November, the box will actually contain a PSN code that needs to be redeemed on the PlayStation Store to download the game and content. 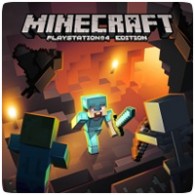 Telltale’s The Walking Dead will be releasing on Blu-ray disc next month across Europe and Australia. The five episode was previously only available on the PlayStation Network and later released on disc in North America last December. The game will finally be available in Europe, with all the episodes loaded on a single disc. The game will be available to purchase from Stores from May 10th 2013.

Telltale Games’ episodic title, The Walking Dead, will be getting a Blu-ray disc release in North America, the company has revealed. All five episodes of the game will be available to play on a single disk from December 4th 2012, presumabely after all five episodes have been released on the PlayStation Network.

Speaking with MCV, Fergal Gara, SCE UK VP and MD Fergal Gara, said that retail sales will be a important “whenever the next cycle” of consoles are released, despite declines in sales over recent years. This means the PS4 won’t solely rely on digital purchases and cloud-based gaming.