The first PlayStation console was sold in Japan 25 years ago this week, on 3rd December 1994 to be exact. Since then, the PlayStation has sold over 450 million consoles across the four generations, making it the best selling home video game console brand. 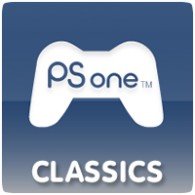 Sony has stated a PSOne Classics sale on the PlayStation Store this week, giving gamers a trip down memory lane as we approach the launch of the PS4. Over the next eight weeks, Sony will be taking gamers through the history of PlayStation, with the first two weeks focused on the original PlayStation.

According to a “trusted source”, PSN@Home are reporting that Sony are looking into the prospect of introducing trophies to PSOne Classics. The source indicated that games will get “5 to 10 trophies,” regardless of the length of the game. If the rumor is true, it will mean many existing PSOne games will need to be patched to include trophies.

The ESRB has leaked the names of a number of PSOne games that have been re-rated, likely signifying their imminent appearance on the PlayStation Network. Among the titles you will find the two Oddworld titles, Blood Omen, Pandemonium! and even Tomb Raider. So far, the names of 13 games have been release all of which you can find below. If you are looking to expand your classics collection, these upcoming games are sure to help you out.

Despite what rumors are suggesting, backwards compatibility will not be returning to the PS3 suggests John Koller, Director of Hardware at SCEA. “It’s not coming back, so let me put that on the table,” said Koller when asked about backwards compatibility. He also added that despite what people may think, backwards compatibility isn’t really that big of a draw for the PS3. “It’s not as big as a purchase intent driver as you may be hearing,” he claimed. Currently, only the early PS3 models are able to play PS2 games. The 60GB launch models have hardware emulation to play PS2 games – this hardware was removed in newer models.

The game will take up 1.32GB of space on your PlayStation 3 or PSP so make sure you have enough space available. All three discs of the original PSOne version are included in the single download.

The game will take up 1.32GB of space on your PlayStation 3 or PSP so make sure you have enough space available. All three discs of the original PSOne version are included in the single download.

Depending on your PlayStation 3 model, you will either have some compatibility or no compatibility. The earlier US and Japanese PS3 models have specific hardware for backwards compatibility which is no longer present in European and earlier PS3 models. The PS3 Slim only supports PSOne titles.