Sony has held three PS5 events so far in 2020, starting with a deep dive into the console way back in March 2020, followed by the official reveal in June, and the a showcase just last week. However, there are still a few things we don’t know about the upcoming console.

Sony has appeared to be update the PS5 website with some basic details about the PS5, but naturally no photos or launch date has been added. This could be in preparation for the rumoured event that’s expected to take place. 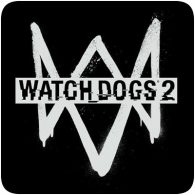 Ubisoft has officially unveiled details about the second installment in the Watch Dogs series, along with a release date. Watch Dogs 2 will be set in San Francisco and players will play the role of hacker Marcus Holloway, who has been accused by ctOS 2.0 of a crime he didn’t commit. 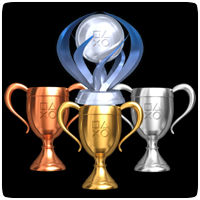 Trophies on the PlayStation 4 will now include a “rarity” metric, letting you easily see how rare a trophy is. The trophy rarity level will let gamers easily identify which trophies are easy to obtain, while also giving an indication on how many people have played or completed each game. The small detail was revealed by Engadget, who also detail some of the other features of the PS4, including “guest” accounts.

New details for Gran Turismo 6 has been revealed along with a new trailer. The game is scheduled for release on December 6th 2013, and will feature over 120 new cars, brining the total car tally to 1200+ vehicles. The game also has 100 different track layouts, with brand new locations and circuits such as Ascari, Spain.

Assassin’s Creed IV: Black Flag’s Game Director Ashraf Ismail has revealed some new information about the upcoming game featuring new protagonist Captain Edward Kenway, and set during the Golden Age of Pirates in the early 1700s. Ismail has previously revealed that present-day sequences will be available in the game, but has delved deeper in a new interview.

Sony have revealed the contents of the Beyond: Two Souls Special Edition pack in the form of a new trailer, showing footage of the extra DLC mission. In addition to an extra 30 minutes of gameplay, the special edition also includes the game’s official soundtrack, PSN avatars, steel book packaging and more. 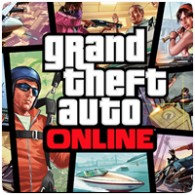 The online component to Grand Theft Auto 5 launches today, and with it comes new details from Rockstar Games. Rockstar have revealed a whole host of new details for the free multiplayer expansion, GTA Online. A free patch is available to enable the GTA Online, and you should be able to directly access the Online world from GTA V’s main menu.

Naughty Dog has revealed the first of three DLC packs for The Last of Us, titled the Abandoned Territories Map Pack, which will be available to download on October 16th, in addition to detailing out the other two DLC packs. The first map pack will feature four new multiplayer maps to enjoy: Suburbs, Bus Depot, Hometown and Bookstore. 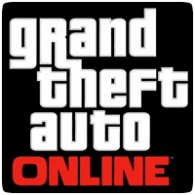 The online component to GTA V – known as GTA Online – launches next week, on October 1st, and Rockstar are working hard to make sure they have enough servers up and running to handle the significant number of gamers playing the game. Rockstar has revealed that, in addition to all the open-world activities, there will also be dedicated missions and races to enjoy.