A new LittleBigPlanet patch is now live fixing many issues in the game. After booting up the game you will be prompted to download and install the small patch. The bug fixes include failed to save profile’ message not being displayed when a users profile is full, text not displaying in the text chat window and crashes to the XMB when loading missing textures. You can check out the complete changelog below:

The first PlayStation Store update for February is in, and what a great one it is. The Killzone 2 Demo is now available in Europe, but only available to people who pre-ordered the game in the US. The LittleBigPlanet Valentines Pack is available for purchase from both stores as well as a selection of other game add-on content. A selection of new downloadable games are available in both Europe and the US, including 3 on 3 NHL Arcade. Check out the complete list of new stuff below.

With love in the air and Valentines Day just over a week away, Media Molecule has announced a new theme pack for LittleBigPlanet. The Valentines Day theme pack comes with a full array of stickers and decorations to help you create your own love-oriented levels. The McLovin Sackboy costume will also available to download (see below). The best part is that it’s all free. So show your Sackboy or Sackgirl some love and download the pack after today’s PlayStation Store update. 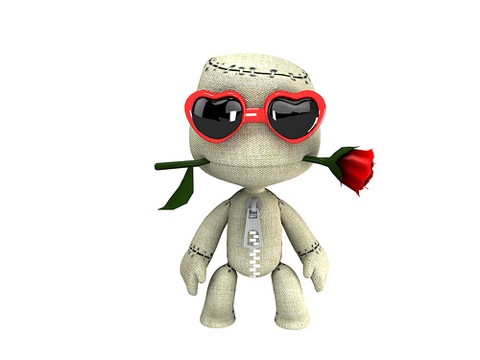 The level kit is now available but it is not free. Mark Valledor posted a message on the Official PlayStation.Blog to indicate that the level pack is actually priced at $2.99. Please send all your hate messages ­here.

PlayStation Home will be down from 8:00am today for essenti­al maintenance. Once the ­maintenance is complete, you will be asked to update your version by downloading a patch that will contain new features and improvements. One of the features added to v1.10 will be the ‘Remove Player’ option in Game Launching. Also, the speed of the login process has been improved and a progress bar has been added to provide visual feedback. There are a number of improvements and bug fixes, details of which can be found below.

A last minute bug has meant that the new patch was not released during the maintenance window. Currently, there is no ETA on when the patch will be available.

Episode 9 of Qore will be available to download after next week’s PlayStation Store update. Episode 9 will feature a Resident Evil 5 walkthrough video, allowing you to switching between Chris and Sheva in real-time so you can see the differences in view-point for the two playable characters. The February 2009 episode will also cover The Godfather II and MLB 2009: The Show. As for exclusive downloads, two new Killzone XMB Themes will be available to Qore customers.

That’s right folks. If you are looking forward to playing Killzone 2, the wait is almost up. A demo of the game will be released this week on the PlayStation Store, containing the first sections of the first level in the game. The demo will basically be a tutorial on how to play the game, giving you a head start when the game comes out later this month.

The level is called ‘Corinth River’. The demo will be available in both Europe and the US on Thursday, 5th Feb 2009. For those of you in the UK, let’s hope for more snow so we can all stay home!

This weeks PlayStation Store update adds new games to both the US and European Stores. Europe has finally got Supersonic Acrobatic Rocket-Powered Battle-Cars, while the US has received three new games: Bejeweled 2, Savage Moon and Brain Challenge. The January 29th episode of Pulse is now available to download from the US store too. This weeks update also adds several new game add-on content including new LittleBigPlanet costumes and the God of War Level kit. Check out the complete list below.

Gong Hei Fat Choi, everyone! In celebration of the Chinese New Year, Media Molecule has released two cute Chinese Sackboy/girl costumes. The costumes are available from the PlayStation Store for free, but for a limited time only – the costumes will only be available for 10 days so be sure to download them ASAP. Media Molecule has also uploaded a video to provide gamers with tips on how to create your own Survival Challenges.

Earlier this month SCE Asia announced two new colors for the third-generation PSP (PSP-3000), Vibrant Blue and Vibrant Red. Now, Sony has announced that two new colors will be added to the line-up: Bright Yellow and Spirited Green. Sony also announced that they will be releasing new pouches and battery packs to match the Carnival theme. The Carnival colored PSP-3000 will retail for ¥19,800 (approx $225) and will be available this March.

This week’s PlayStation Store update is now live. The FEAR 2 demo is available to download from both Stores, and the WipEout HD Demo is available on the US store too. Both Stores have received new game add-on content for Buzz! Quiz TV, Rock Band, Guitar Hero, and Naruto. The European Store has also received a number of new downloadable games including Penny Arcade Adventures, EA Replay and Tom Clancy’s EndWar. Check out the complete list for both stores below (content is free unless stated).