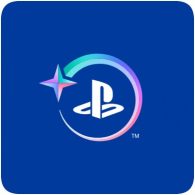 PlayStation Stars was announced back in July, as a loyalty programme to reward PlayStation gamers. Players would be rewarded with digital collectables and loyalty points, with more details on the collectable revealed in a new video.

Sony stresses that the digital collectables would not be NFTs, so they cannot be traded. The trailer below shows the first look on how these collectable would look like, including 3D rendered models from PlayStation 3, PocketStation and Ape Escape 2.

The video also reveals that PlayStation Stores will be launching in Asia later in September, with North America and Europe to follow in the weeks after that.