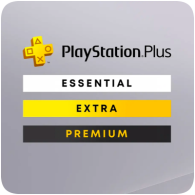 Sony has revealed the new games coming to the PlayStation Plus Extra and Premium game catalogue. Over 10 new games are being added to the Game Catalogue from 16th August 2022, including three Yakuza games (with more to follow in coming months).

The catalogue also includes the return of Bugsnax, which was previously a PlayStation Plus Essential title when the PS5 first launched. Check out the full list of games joining the Game Catalogue in August below.

New Games for the PS Plus Game Catalogue in August 2022