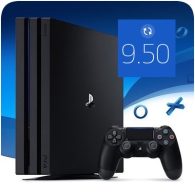 Sony has released a new major firmware update for the PS4, updating the system software to v9.50. Similar to the PS5 firmware update also released today, this update improves Party functionality, letting you choose between open and closed parties.

You can checkout the PS4 Firmware 9.50 release notes below, which also includes the oddly-timed Ukrainian language support.

In (Party), we’ve updated the following: