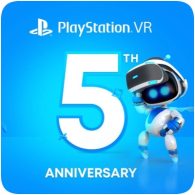 This week marked the fifth anniversary of the day PlayStation VR was introduced to the world – can you believe it’s been that long? To celebrate, PlayStation Plus subscribers will be getting three PS VR bonus games in November’s update. Details on the three games will be revealed in the coming weeks.

Sony has also revealed some stats for PlayStation VR, including the most popular games globally and by region. The top game globally based on data between 13th October 2016 to 31st August 2021 (excluding The Playroom VR), in Europe and North America was Rec Room.

There’s plenty more PS VR games to look forward to, with games in development  such as Moss: Book II, Wanderer, After the Fall, Humanity, Puzzling Places, Zenith: The Last City and more. And don’t forget that Sony are working on the next-gen VR headset too.