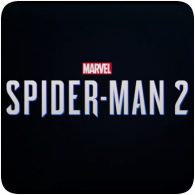 Insomniac Games has revealed not one, but TWO new Marvel games, coming to the PS5: Marvel’s Spider-Man 2 and Marvel’s Wolverine. Starting with Spider-Man 2, the game will continue the journey of both Peter Parker and Miles Morales in their most epic single-player adventure yet, coming exclusively to PlayStation 5 consoles in 2023.

Marvel’s Spider-Man 2 will push the boundaries of the PS5, while letting gamers play out all-new stories for Peter and Miles in this sequel. Today’s game footage trailer is merely just a glimpse at what’s in store in terms of the new abilities our heroes will acquire, suits they will wear (more on that some other time), and the villains that will try to hunt them down.

The next big announcement was Marvel’s Wolverine, which is a standalone game starring the adamantium-clawed Mutant. The game is in very early development and so there is no release window for the game just yet.