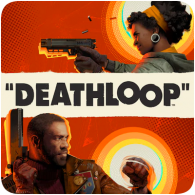 This week’s State of Play broadcast featured an extended look at Bethesda’s Deathloop on the PS5. The nine-minute gameplay video featured one of the missions in the game to assassinate target Aleksis “The Wolf” Dorsey, showcasing one of the many ways players can tackle a mission.

The gameplayer trailer also took a look at the Reprise ability, which can be unlocked early on in the game. The Reprise means death isn’t an automatic restart. If you’re killed, you’ll have two chances to do a little time rewinding without restarting the loop. Die a third time, however, and the loop will end.

Check out the extended gameplay trailer below:

It should be noted that time only rewinds for Colt when you expend a Reprise. As you saw in the extended gameplay, everything else on Blackreef is unaffected by Reprise, meaning all enemies you killed before being taken down are still dead.