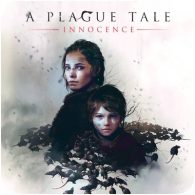 Focus Home Interactive has announced that A Plague Tale: Innocence will be getting a current-gen upgrade for the PS5 and Xbox Series X|S next month. The PS5 native version of the game, releasing on 6th July 2021, will enhance the game to take advantage of the new console hardware with support for 4K UHD resolutions, 60fps and 3D audio support.

Existing owners of the game will be upgrade to the PS5 or Xbox Series X|S version for free (within the same console family). The announcement was made on Friday’s Xbox Games Showcase Extended stream, which follows on from the announcement of a sequel, A Plague Tale: Requiem, which will release for PS5, Xbox Series X|S, PC and Switch in 2022.

A Plague Tale: Innocence follows Amicia de Rune as she travels across a weirdly rat-infested medieval France, trying to protect her sickly brother from the Inquisition, from invading English soldiers and the seething hordes of flesh-hungry rats.