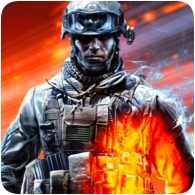 EA has confirmed that the Battlefield 6 reveal will be coming in June. The game was first announced back in June 2020 during EA Play Live. The reveal of the game was announced in a conference call earlier this week with Investors, following some tweets from the Battlefield account.

In the game investor call, EA revealed that Battlefield 6 will be releasing on the PS5, Xbox Series X|S and PC, in addition to the PS4 and Xbox One. It was previously assumed that the game would only be coming to current-gen consoles (PS5, Xbox Series) due to EA calling Battlefield 6 “a true next generation game”. The release date for the game is not yet known, but it is expected to release later this year.

In an investor call earlier this year, EA said “[Battlefield 6] takes full advantage of the power of next-generation platforms to bring massive, immersive battles to life with more players than ever before. Featuring maps with unprecedented scale, the next edition of Battlefield takes all the destruction, player agency, vehicle and weapon combat that the franchise is known for and elevates it to another level.”